Home › How Do We Get To Peace?

How Do We Get To Peace?

Far from being simplistic, the numerous issues surrounding this seemingly ceaseless dispute are anything but.  Typically, human rights and social justice groups line up behind the Palestinians who they are convinced remain oppressed and defenseless; this camp makes countless allegations against the state of Israel and her security apparatuses.  However, Israel too has her supporters.  Her advocates have no problem drawing attention to the indiscriminate violence and terror directed at Israelis from the Palestinian side and the intransigence of Palestinian leaders when it comes to peace negotiations.   Clearly, this conflict is layered in nuances that are often ignored by the media and beset by a complexity too intricate to sustain the attention of most foreign observers.

Confronting these complexities has the potential to upset accepted truths.  It is human nature to reject information that challenges established beliefs.  Rejection averts the discomfort of “cognitive dissonance,” the inner clash of opposing values and convictions.  “Don’t bother me with facts, my mind is made up” is the attitude evinced by many visitors to the area whose tacit agenda is ultimately to confirm that which they already believe.

Populist views are not easily challenged.  Simple counter arguments are generally ineffective especially when the issues evoke great emotion.  However, witnessing has the power to alter a person’s pre-existing perceptions.  “Seeing is believing” is a timeworn adage.  How timeworn?  Confucius is attributed with having said, “I hear and I forget; I see and I remember.”

International groups regularly visit the Palestinian Authority on the basis of this principle.  Such visits consist of a broad itinerary that includes site visits to towns and villages, U.N. refugee camps, Israel’s security barrier (the “wall”), political lectures, panel discussions, political documentary films, and perhaps most importantly, home hospitality with local residents.  These visits, some lasting for as long as two weeks, are ostensibly unbiased and educational but in reality promote identification with the Palestinian narrative.   The conclusion drawn by these groups is that the responsibility for resolving the Israeli-Palestinian conflict lies solely with Israel.  The solution, they believe, is that simple.

However, any authentic effort undertaken to truly understand the Israel-Palestinian conflict must allocate equal time to seeing both communities in situ. Spending time with one necessitates spending the same amount of time with the other; authentic education and intellectual integrity demands no less.

With this in mind we invite you to visit Efrat (http://www.efrat.muni.il/?CategoryID=353) and Gush Etzion (http://www.gush-etzion.org.il/) where you will come to appreciate some of the profound complexities of this trying conflict.  Come, if only for only an hour of intensive discussion.  However, for a deeper, more illuminating understanding of the intricacies that shape day to day relations between Israelis and Palestinians, come and stay for a day, for two, for three or for four.  Meet and live with local residents.   Meet with local government officials and an IDF spokesperson.  Engage in dialogue with people whose diverse political views will surprise you.  Visit synagogues schools, kibbutzim, commercial centers, and more. 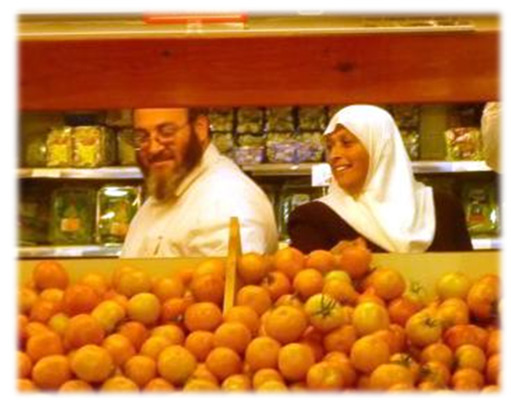 Come for a real education